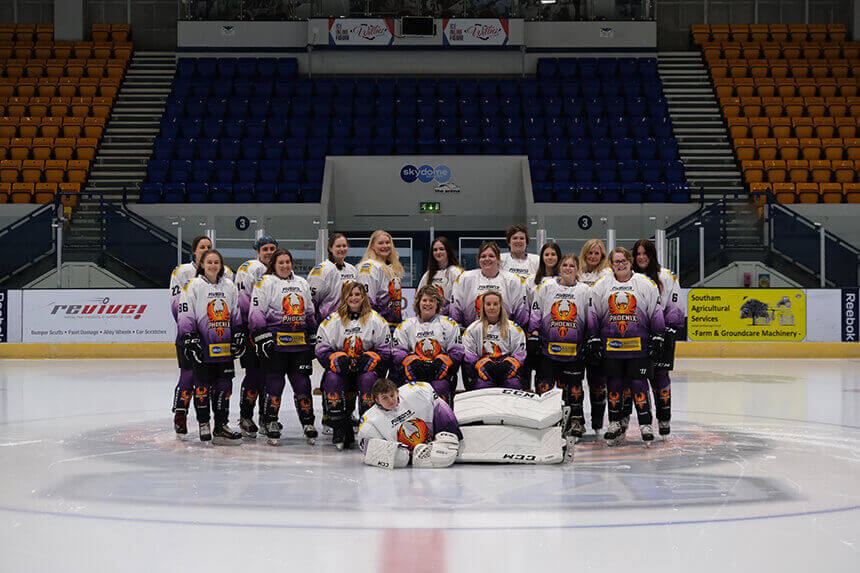 We are delighted to be backing Coventry Phoenix women’s ice hockey team as they get their skates on in their quest for success in 2022.

The Phoenix, who play in the Women’s National Ice Hockey League Division One South, will receive our backing this year as the main sponsor of the club.

Zoe Vince, who plays in goal and manages the committee at Coventry Phoenix, said: “We are thrilled to have secured sponsorship from a major national company such as Selco.

“We look forward to representing them on the ice and hope to enjoy a long and successful partnership.

“The last couple of years have been very tough for everyone associated with the club. Games have been few and far between due to the pandemic and securing funding has been difficult.

“We are a very inclusive club, with players aged from 15 to 55 from all backgrounds, and see ourselves as a big part of the local community.

“We play teams from across the country so there is a financial burden and the Selco sponsorship will make a huge difference.”

The Phoenix play their home games at Planet Ice Coventry.

Eddie Johnson, branch manager of our Coventry branch in Austin Drive, said: “It is always exciting to support local projects, organisations and sports teams from the local community and we are looking forward to our link up with Coventry Phoenix.

“It’s a popular club in the city who are flying the flag for Coventry at a national level and we will be following their progress closely.”