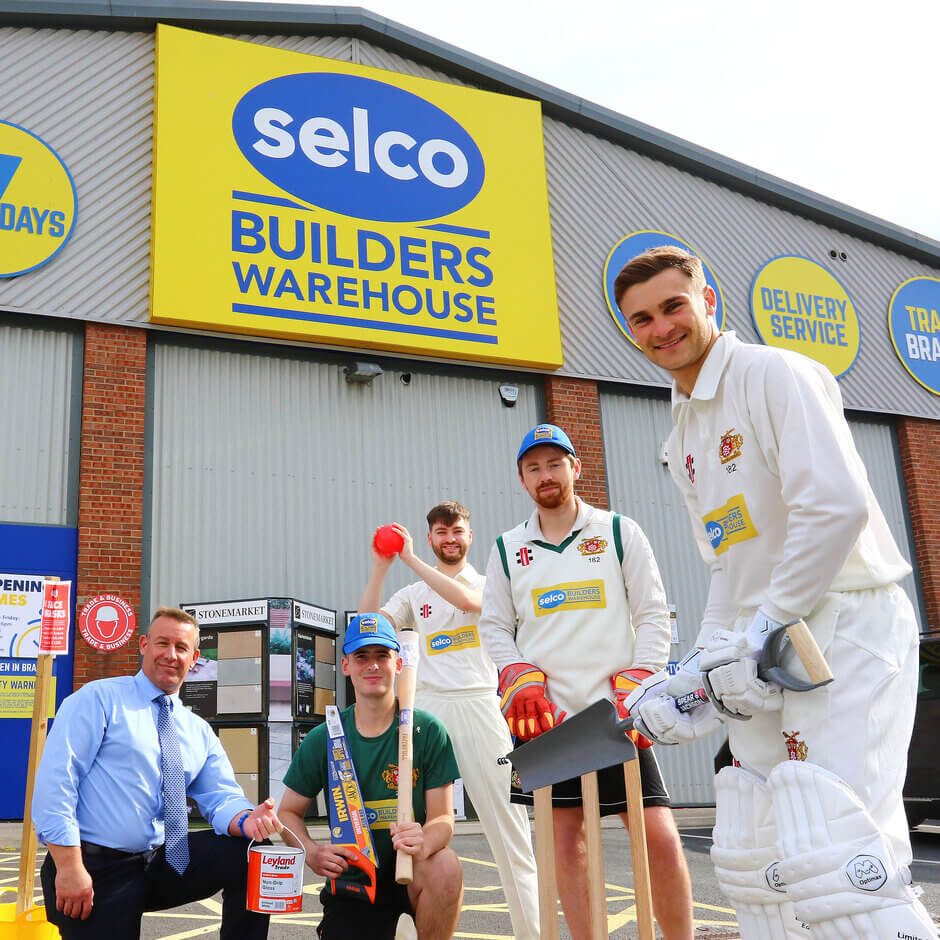 A cricket club in York is hoping to leave its rivals stumped after securing sponsorship from Selco.

We’re delighted to have signed a two-year agreement with Osbaldwick Cricket Club, who play in the York & District Senior Cricket League.

It’s a perfect link-up as we have a branch close to the cricket club on Osbaldwick Link Road in York.

First team player, committee member and groundsman Sam Thompson said the sponsorship had made a huge difference to the club and allowed it to plan improvements to the ground.

“Running an amateur sports club is financially testing at the best of times and Covid-19 has only exaggerated that,” said Sam.

“Sponsorships can provide a lifeline to clubs and we’re extremely grateful for the backing of Selco.

“Our first and second team shirts, the midweek team shirts and our training kit all has Selco branding on the front and we’re proud to have such a nationally recognised brand backing the club.

“It’s been a tough season with very limited cricket but, with the help of Selco, we can look very positively at the future and continue with our plans to progress both the club and our facilities.”

As well as three adult teams, Osbaldwick also has a growing junior section for young cricketers.

Aaron Matthews, branch manager for Selco York, said: “We’re committed as an organisation to, where possible, supporting the communities in which we operate.

“Osbaldwick Cricket Club is near to the branch and sporting organisations such as this play a vital role in the local community, so we’re delighted to be able to offer our support and wish them every success for the rest of this season and in 2021.”