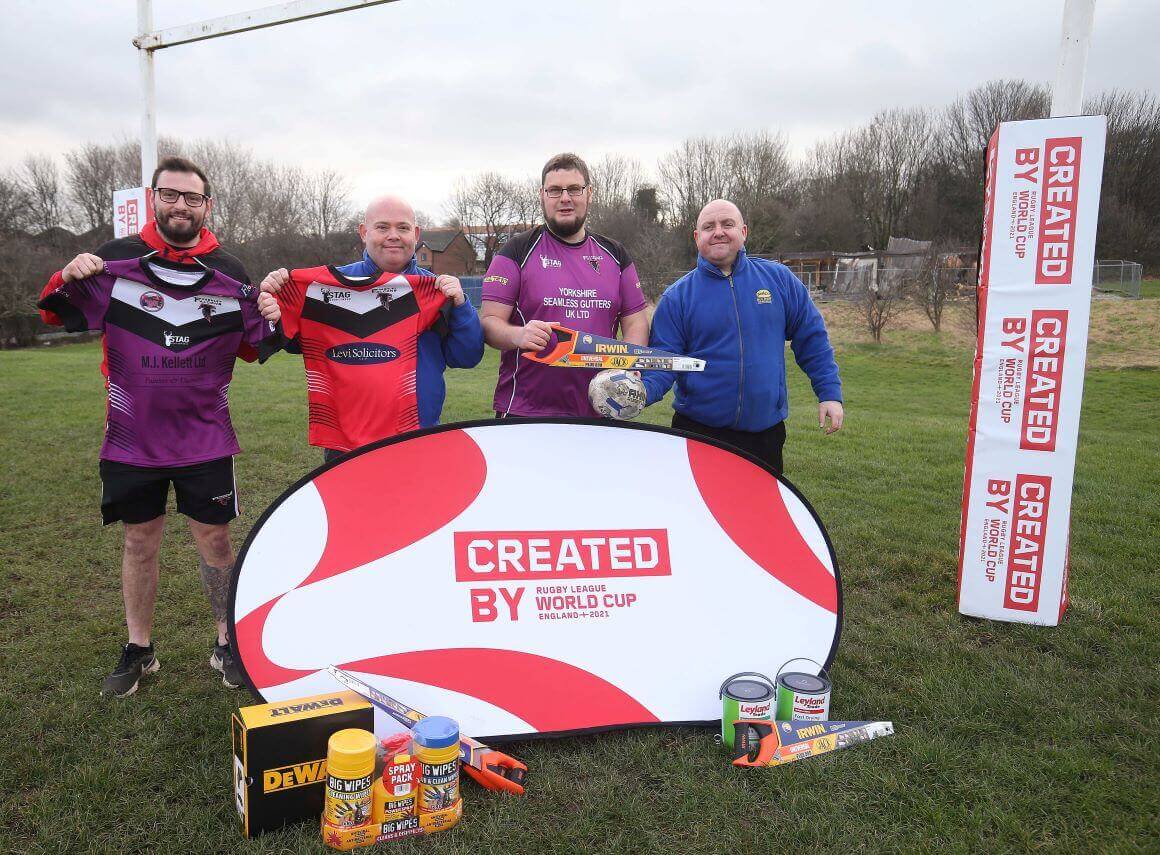 A project to dramatically upgrade the facilities at a Leeds amateur rugby league club has received our support.

Farnley Falcons is currently undertaking a significant round of improvements around its home pitch on Butt Lane after being a recipient of a grant from the Rugby League World Cup 2021’s CreatedBy programme aimed at supporting community clubs.

As an official partner of the tournament to be held in England later this year, we have thrown our backing behind the Farnley project by donating £5,000 worth of materials and products.

The improvements will see the creation of two additional changing rooms, a referee’s changing area, new toilets and an improved social and kitchen space.

Jonny Adams, club secretary at Farnley Falcons which has nine junior boys and girls teams and two adult teams including one playing in Yorkshire League Division 2, believes the project will help transform the club and the entire community.

He said: “This will totally change the future direction of the club and give us a real security for the future.

“Farnley is one of the more deprived areas of Leeds and the fact we have 200-plus people of all ages training or playing at the club every week makes us a real focal point of the local community.

“The grant we have received through the CreatedBy scheme made the project viable but support from companies such as Selco has also been crucial.

“We are making good progress and will hopefully complete the work later this summer and we will have a facility everyone associated with the club can be proud of.”

Our marketing director Carine Jessamine said: “This is a hugely significant development for the community of Farnley and we are thrilled to be playing our part in supporting it.

“Our partnership with the Rugby League World Cup has a strong community element and we are seeking to support grassroots rugby league, as well as celebrating the elite tournament which will be played later in the year.

“Helping to provide the new facilities for Farnley Falcons to enable it to continue its growth as a club is something we are proud of.”