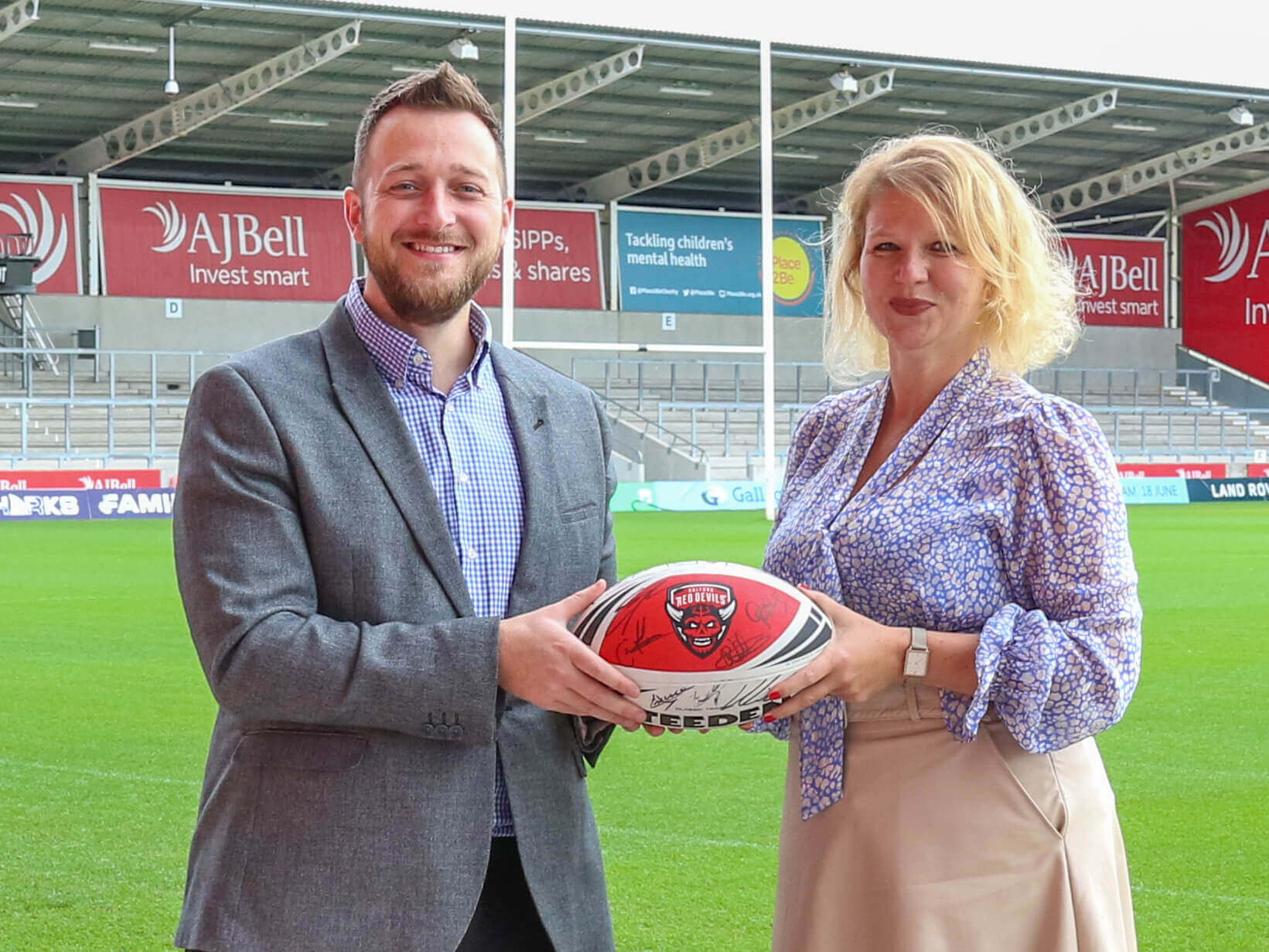 The Super League outfit will carry the name of Selco as its front of shirt sponsor for three years, starting with the 2022 season.

We have a proud history of supporting rugby league and, having opened a new branch in Salford just 12 months ago, it felt like a perfect fit.

And, of course, we’re also a partner of the Rugby League World Cup 2021, which has been postponed until next year.

As part of the agreement, we’ll receive advertising benefits at the AJ Bell Stadium, tickets for its colleagues and customers and player appearances.

Carine Jessamine, marketing director of Selco, said: “We are delighted to have secured a multi-season agreement as the main partner of Salford Red Devils.

“The club is at the heart of the community and we are delighted to be playing a part in helping continue its development on and off the pitch.

“We were proud to open a branch in Salford last year to extend our presence in the North West further and this sponsorship will have numerous benefits for our customers in the area.

“The sport of rugby league has always been an excellent fit for our customer base and we have a long tradition over the last decade of being involved in the sport.

“This is another exciting chapter to run alongside our partnership with the Rugby League World Cup 2021.”

The move enhances our sponsorship portfolio which also includes being a partner of the Professional Darts Corporation.

George Harborne, commercial director of Salford Red Devils, said: “Securing a partnership with a major UK brand such as Selco Builders Warehouse is a significant coup for the club.

“Particularly since Selco opened a branch in Salford, we have watched the expansion plans of the company with real interest and we are delighted to have them on board as our principal partner.

“The planning has already started in developing exciting ideas to bring the partnership to life, particularly for our supporters, so it promises to be a thrilling journey with Selco.”