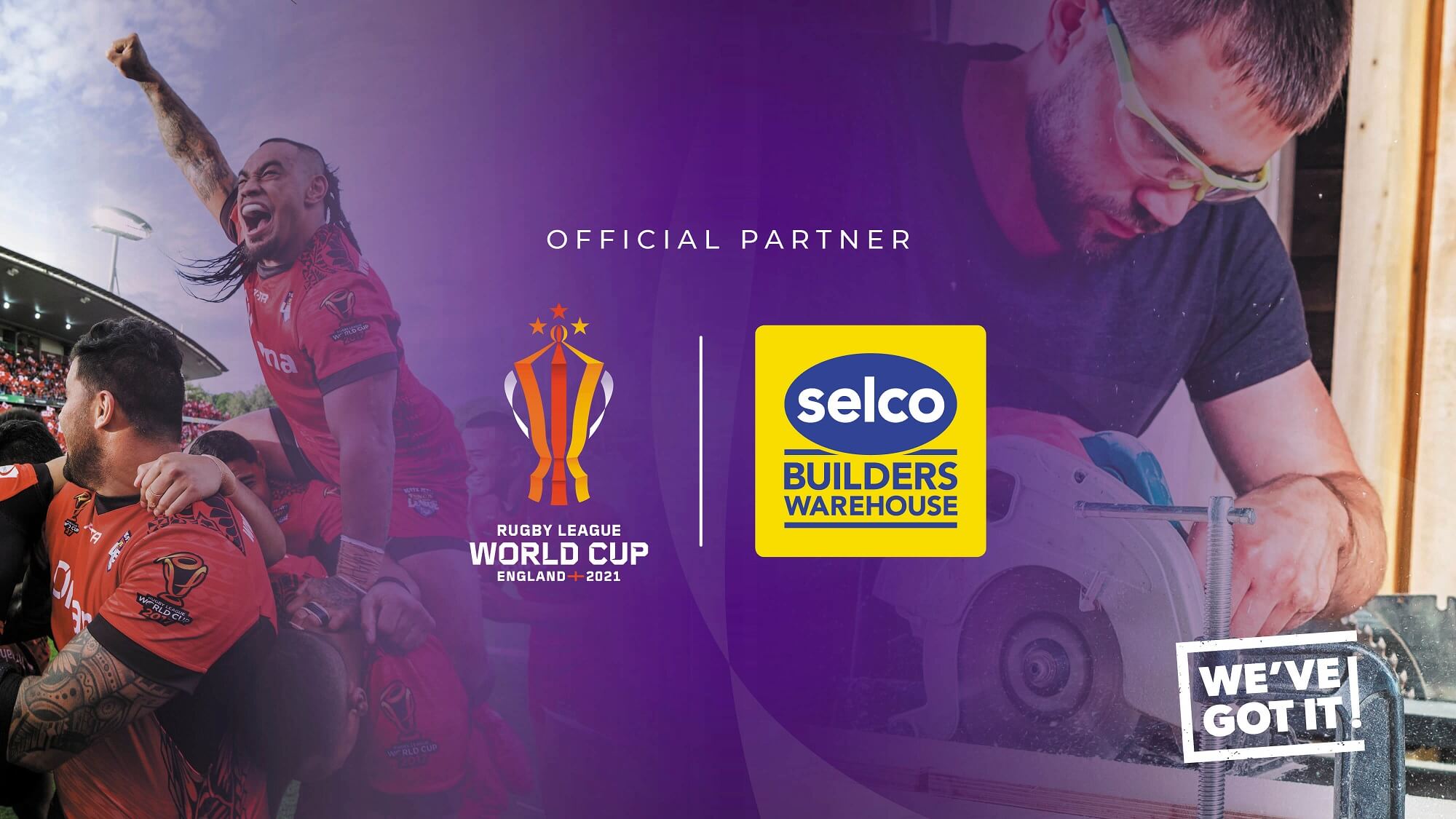 We’re delighted to reveal we will hit the world sporting stage later this year – after becoming an official partner of Rugby League World Cup 2021.

The tournament, to be held at a host of venues in England, runs throughout October and November.

As one of the UK’s leading builders’ merchants, we have 70 branches across the country and have been serving tradespeople since 1895, coincidently the year Rugby League was formed.

As part of the agreement, we will receive extensive marketing rights for the tournament, including tickets, brand exposure at all matches, digital and social content, an exclusive Selco Builders Warehouse award and player appearances for in-branch events.

Rugby League World Cup 2021 will create history via the Men’s, Women’s and Wheelchair competitions being held simultaneously for the first time at a major sporting event, with some of sport’s most iconic venues including St James’ Park, The Emirates Stadium, Elland Road, The Copper Box and Old Trafford hosting matches.

“Any time that a major sporting event comes to this country, sports fans will get behind it and this will be no different.

“It’s a fantastic partnership to be involved in and there will be exciting benefits and opportunities for customers, colleagues and suppliers.

“We have had experience with Rugby League before, through partnerships of London Broncos, Leeds Rhinos and Warrington Wolves, so we know it’s an excellent avenue for us to reach our core trade customer base.”

Jonathan Neill, Commercial Director at RLWC2021, said: “We believe there is a fantastic partnership opportunity for Selco Builders Warehouse and Rugby League World Cup 2021. Core Rugby League fans have a strong background in the builders and repair and maintenance sector - for example, 10% of RLWC2021 fans are skilled manual workers.

“With the tournament transcending the sport, and every minute of every match live on the BBC in the UK, this also increases the audience engagement significantly. Via sponsorship activation, this presents Selco Builders Warehouse with an exciting opportunity to meet their brand and business objectives with the tournament. It’s superb news to welcome another new brand and values led organisation to Rugby League World Cup 2021.”