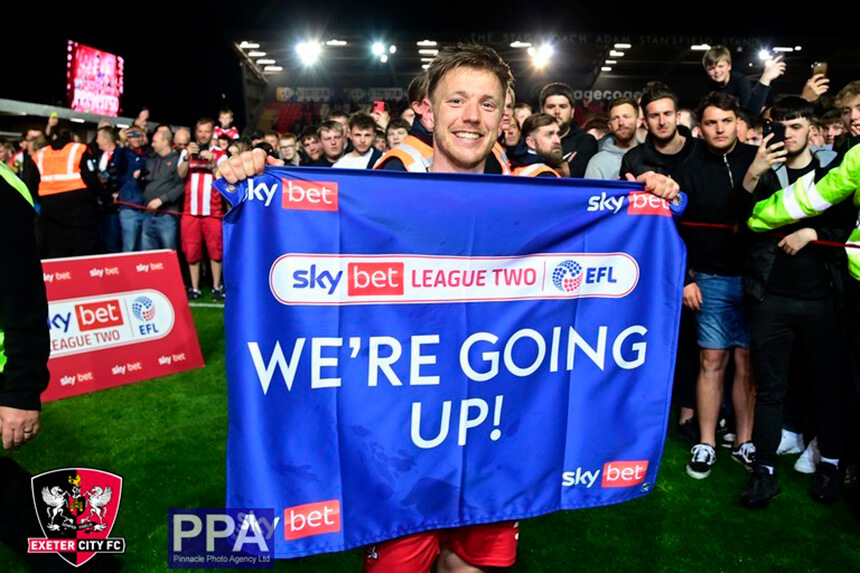 Two of Exeter City’s promotion heroes will rub shoulders with fans at a special event at our new branch in the city on Thursday.

Selco Builders Exeter, based on Filmer Way in Marsh Barton (EX2 8YX), will host a meet and greet with captain Matt Jay and defender Jack Sparkes between 4.30pm and 6pm.

Fans will be given the chance to get autographs and have pictures with the players, who have been influential figures in the Grecians successful promotion push.

Carine Jessamine, marketing director at Selco, said: “We opened our new branch in Exeter last week and we couldn’t have picked a better time to do so.

“There is a very positive atmosphere about the city because of the success of the football club and we are delighted to be hosting Matt and Jack and giving supporters the opportunity to meet two of Exeter City’s promotion winning team.

“We look forward to welcoming Exeter City fans of all ages into our new branch to meet the players.”