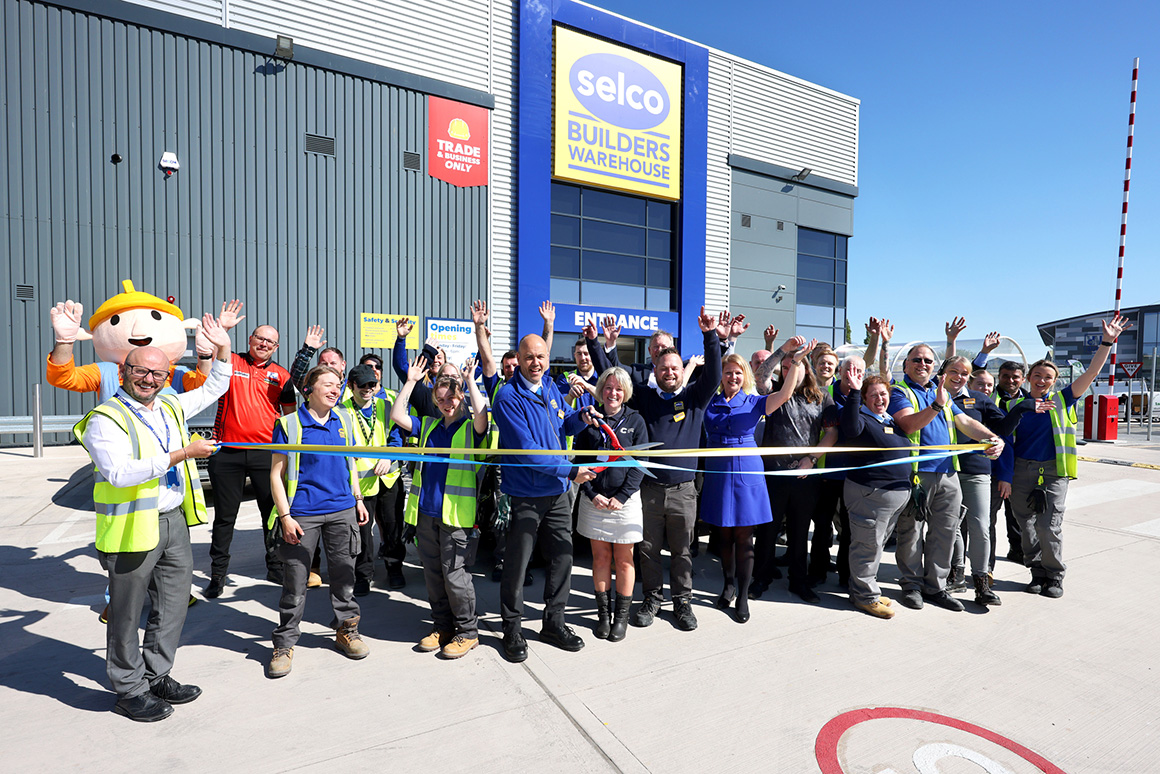 Exeter has become the home of the latest Selco Builders Warehouse branch to open.

We officially cut the ribbon on our branch on Filmer Way in Marsh Barton on Tuesday.

It takes our total number of branches to 73 and strengthens our presence in the south-west of England, where there are already two branches in Bristol.

Howard Luft, chief executive, said: “We are committed to a major branch expansion strategy and Exeter is the next step on that programme.

“The number of tradespeople using our unique offering is growing all the time and this is another area where we can offer that one-stop shop for the trade.

“As a genuine multi-channel builders merchant, we want to give tradespeople the chance to get their building materials in the most convenient way possible to them, whether that be through branches or through our growing digital offering.

“We are here to serve the trade and meet their every need and we are thrilled to be open in Exeter.”

The official launch of the Exeter branch saw us continue our commitment to supporting the local communities in which we operate by donating £3,000 to good causes.

We awarded £1,000 to Jay’s Aim, which funds defibrillators and CPR training for community groups across the south-west, through our Community Heroes scheme.

The charity was founded in 2018 by the family of James Osborne who died at the age of 28 following a fatal cardiac arrest while on a run with what was subsequently revealed to be an undiagnosed hereditary heart condition.

In addition, we committed £2,000 to our nominated charity Cancer Research UK.