30 of our staff members have put their best foot forward to complete a marathon walking challenge and raised almost £20,000 for charity.

The epic 26.2 mile journey saw our team travel through the Wye Valley from Chepstow to Monmouth.

All our incredible staff members in the near-2,000 strong field completed the course in a time between 7 hours 56 minutes and 12 hours.

Kelvin Coe, regional manager for Selco Swansea and part of the team which took on the challenge, said: “The spirit amongst the entire team was fantastic.

“It was a very tough challenge and there were a lot of aches and pains when we completed the event and the following day.

“It was harder than I thought it was going to be, particularly coming down severe downhill slopes as that had a real impact on joints and muscles. 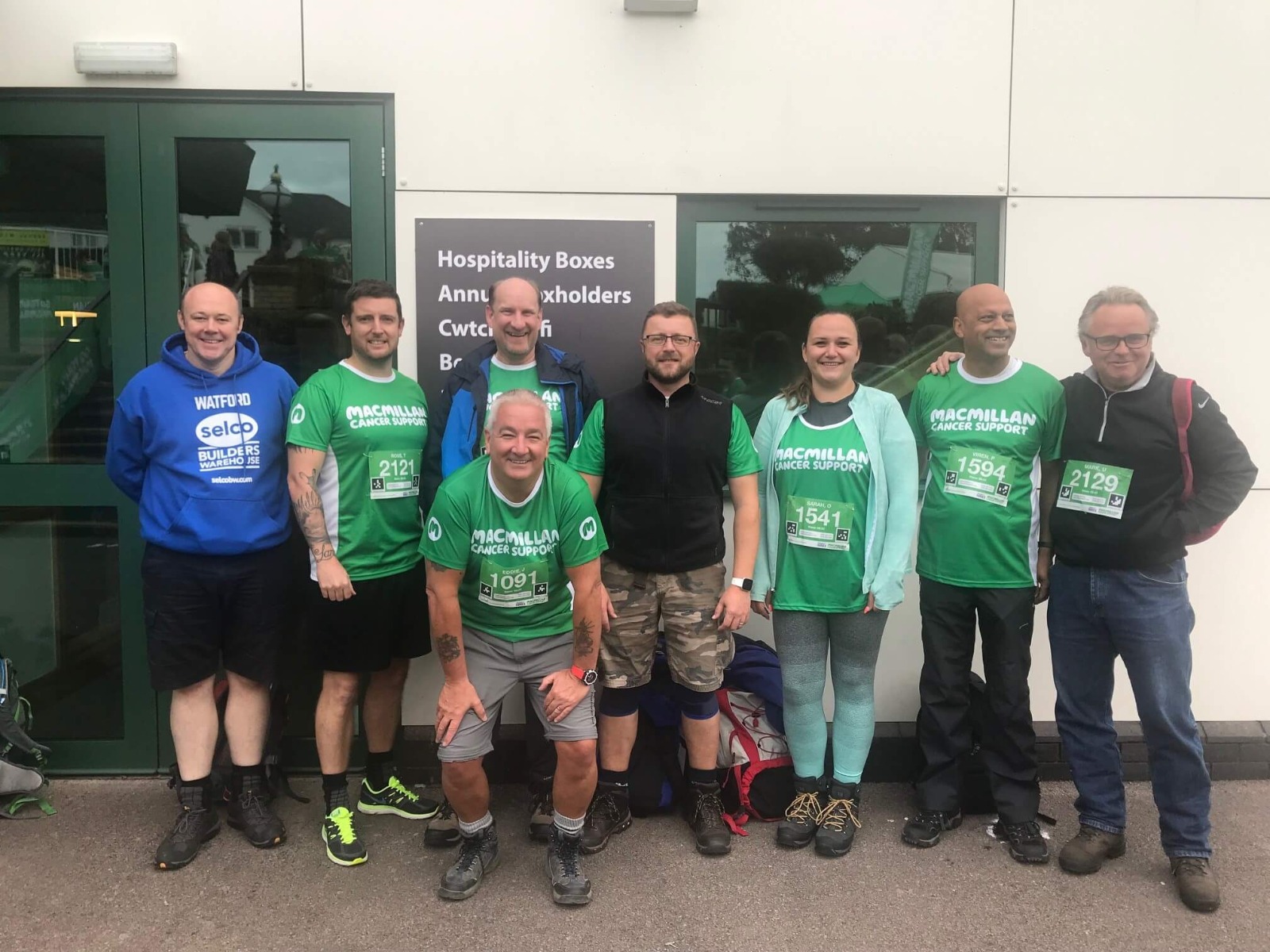 “One of the most pleasing elements of the day was that everyone from Selco waited at the finishing line for the rest of the team to come in. Everyone really stuck together on a day when we were pushed to the physical limits.”

The latest contribution to Macmillan Cancer Support takes the total amount raised for the charity to almost £750,000.