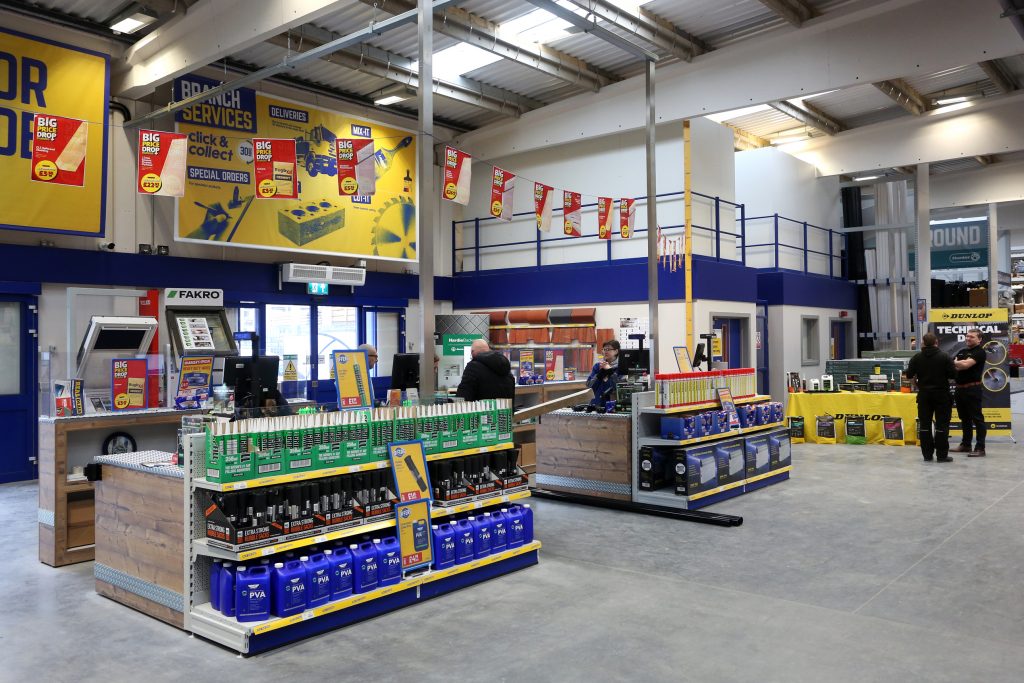 We’ve reaffirmed our commitment to lowering our carbon footprint by continuing to invest in energy-saving LED lighting.

As a business, Selco has already saved thousands of tonnes of damaging carbon dioxide from entering the atmosphere by installing modern bulbs in all new store openings over the last five years.

Our Croydon, Tyseley and Reading branches are the latest ones to be retrofitted with LED lighting, and there are plans for the remaining 25 of our 66 branches which don’t already have LEDs to make the switch to the newer technology before the end of March next year.

Sensors are also being installed so that the lights get brighter when conditions are darker, and turn off when not required, saving more energy.

The impact of moving to LED is dramatic, with the investment resulting in the saving of almost 69 tonnes of carbon in one branch every year.

Since an average tree can breathe in around 21kgs of CO2 per year, that would equate to each branch planting over 3,000 trees to achieve the same effect! Scaled over all 66 branches, that represents a huge improvement to Selco’s carbon footprint.

Simon Davies, Environment and Quality Manager at Grafton Group PLC, the parent company of Selco, said: “We are committed to reducing our carbon footprint significantly. LED lighting might seem like a small thing, but it really does make a huge difference, when it comes to the company’s carbon footprint.

“All of the newer branches were fitted with LED lighting from day one, so now it’s a case of the older branches catching up, which we plan to do over the next nine months.

“The lighting upgrade programme also has significant benefits for customers and colleagues as LEDs, when paired with sensors, can react to the natural conditions and produce the light required, rather than just being constantly on at the same level. This creates a better shopping and working environment.”

But our environmental efforts are not limited to LED lights.

We’re also trialling a gas management system, the Vickers System, in three branches, with a view to rolling it out across the whole branch network.

In a nutshell, the Vickers System reduces gas consumption by controlling heating through sensors, ensuring specific parts of the store are kept to within one degree of the chosen temperature at all times by firing up and shutting down the boiler.

Savings of around 36 per cent have already been recorded in Reading and Croydon – or the equivalent of planting 1,891 trees in Croydon and 1,015 in Reading.

And we’re a high performer when it comes to recycling.

In 2018, Selco had a 79 per cent diversion rate from landfill. Breaking that down, 48 per cent went to recovery for treatment before being recycled or to create energy, and 31 per cent was recycled.