Leading Sunday team hits back of the net with sponsorship 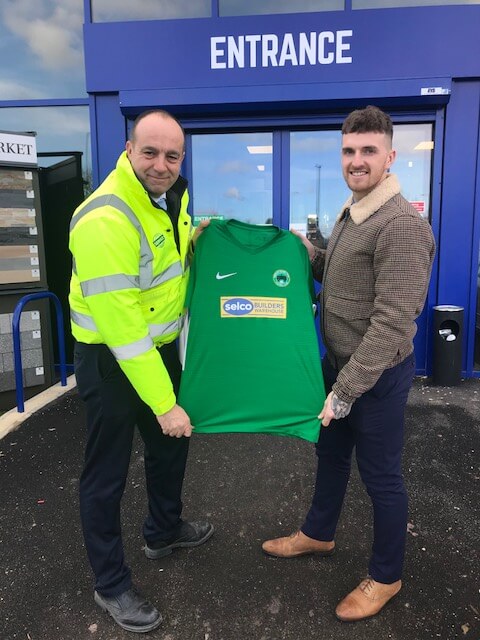 Newport Pagnell Town will carry the name of Selco Builders Warehouse on the front of their shirts for the remainder of this season and the next two campaigns.

The team, which plays its home games at Willen Road, are currently lying in the top four of the New City Heating Milton Keynes Sunday League Premier Division.

Ben Ford, manager of the team, said: “It’s a real boost to have the backing of an established nationwide business such as Selco and we are very grateful to have their support until the end of the 2021 season.

“We have won a cup competition in each of the last three seasons and are going well in the league now so things are on track on the pitch and now off it too with the sponsorship.

“I’m sure having brand new shirts with Selco’s backing will put an extra spring in the step of the squad as we aim to win some silverware both this season and over the coming years.”

Newport Pagnell Town is represented by 29 teams from junior through to adult football.

Chris Barber, branch manager at Selco’s Milton Keynes branch on Denbigh Road in Bletchley, said he was delighted the company was supporting a local team.

Chris explained: “With nearly 30 teams and well over 400 players in the club, Newport Pagnell Town is a very significant part of the local community.

“We are always keen to seek opportunities to support the communities in which we operate and this is a fantastic chance to do that.

“The club has some exciting plans to continue developing and enhancing its facilities and we are in discussions with officials over how we could offer support in that area in the future.

“We look forward to following the progress of the club as a whole and the Sunday morning team in particular.”