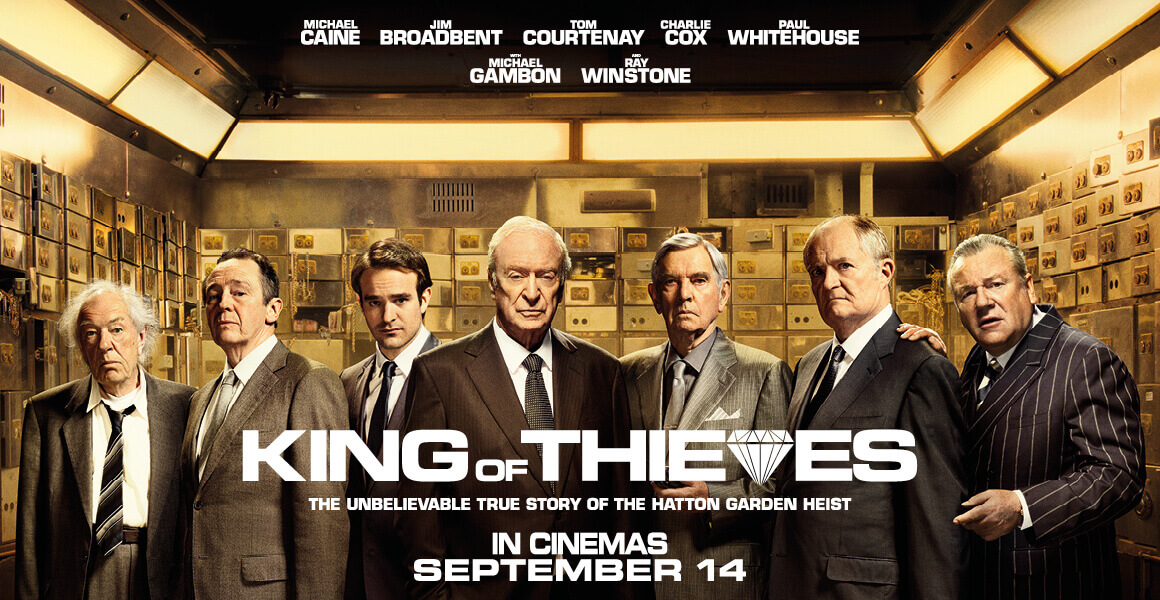 Leading builders merchant Selco Builders Warehouse has been announced as an official partner of one of the biggest movies of 2018.

Selco is one of a small number of businesses to be partnered with the soon-to-be-released blockbuster, King of Thieves, which will be in cinemas September 14.

The film, which features an all-star cast of homegrown legends including Michael Caine, Jim Broadbent, Tom Courtenay, Ray Winstone, Paul Whitehouse and Michael Gambon, is the darkly funny and incredible true story of the Hatton Garden robbery, the most daring heist in British criminal history.

King of Thieves is expected to be a Box Office success and Selco is delighted to be on board.

“This is going to be a massive film about an amazing real-life story which created headlines worldwide. I’ve seen the trailer and it looks very darkly funny.

We saw this partnership as a great opportunity for us to tap into our target audience and to promote Selco right across the country. We’re sure this film will be a huge success and that our loyal customers – the hardworking tradespeople of Britain – will love it.

We are growing all the time as a builders’ merchants, with a network of 66 branches across England and Wales, as well as a strong digital presence including a fully-transactional app and Click & Collect service.

It’s great to be involved in this film and raise our profile still further.”

To celebrate this exciting partnership, Selco is running a competition to win a pair of tickets to the UK Premiere on Wednesday, September 12 at the VUE cinema in London’s Leicester Square.

The prize includes £200 travel allowance and a one-night stay in luxury hotel accommodation.