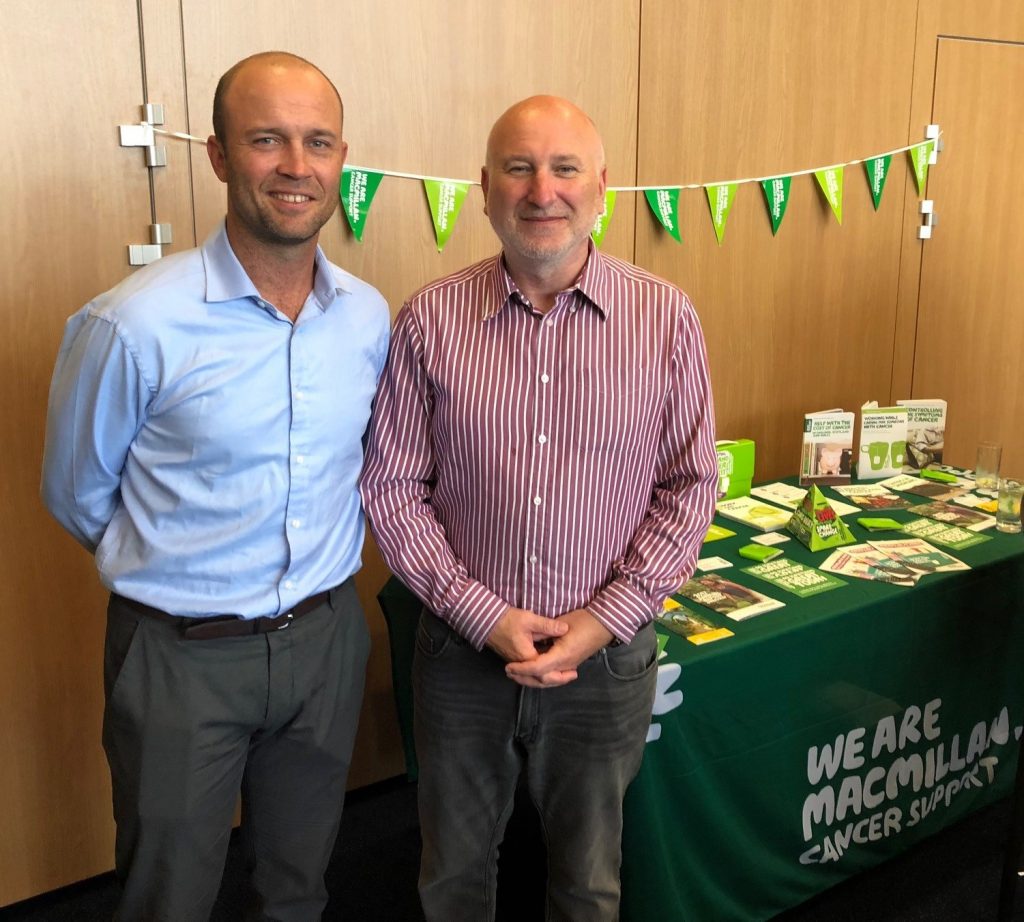 Selco Builders Warehouse, lead sponsors for the Birmingham Bears team in the Vitality Blast, staged its annual charity night in aid of Macmillan Cancer Support at Edgbaston in the Bears’ recent T20 clash against Leicestershire Foxes.

Selco arranged a charity dinner, where current Bears batsman and former England ace Jonathan Trott was the star turn and was interviewed by BBC broadcaster Pat Murphy, and also invited fans to take part in a special target throwing challenge.

Birmingham Bears further boosted the fundraising coffers with a £5,000 donation.

Warwickshire CCC’s commercial director, Gareth Roberts, said: “It is great to be able to support such a worthy cause in Macmillan Cancer Support and the Selco charity night has become one of the highlights of our T20 calendar.

“Jonathan and Pat were very entertaining in the Q&A at the dinner and we were delighted to support Selco in their quest to raise vital funds for a charity which does outstanding work.”

Howard Luft, Selco chief executive, said: “We were thrilled to welcome guests to our charity dinner and extremely grateful for their backing, and that of the Birmingham Bears and supporters who attended and all helped in raising a huge amount of money for our nominated charity.

“We have now raised more than £550,000 for Macmillan Cancer Support over the last six years and that is a figure everyone associated with Selco is extremely proud of.”

Gini Smith, corporate partnership manager from Macmillan Cancer Support, said: “Our partnership with Selco is a fantastic example of a long-term relationship that can have a real impact on the lives of people affected by cancer.

“The money raised at Edgbaston will go a long way to help everyone with cancer live life as fully as they can and we’d like to thank Selco for its continued support.”

Selco has 66 branches in England and Wales, including seven in the West Midlands at Perry Barr, Dudley, Tyseley, Tyburn, Stirchley, Wolverhampton and Coventry.