HOWARD LUFT THE NEW MAN AT THE SELCO HELM 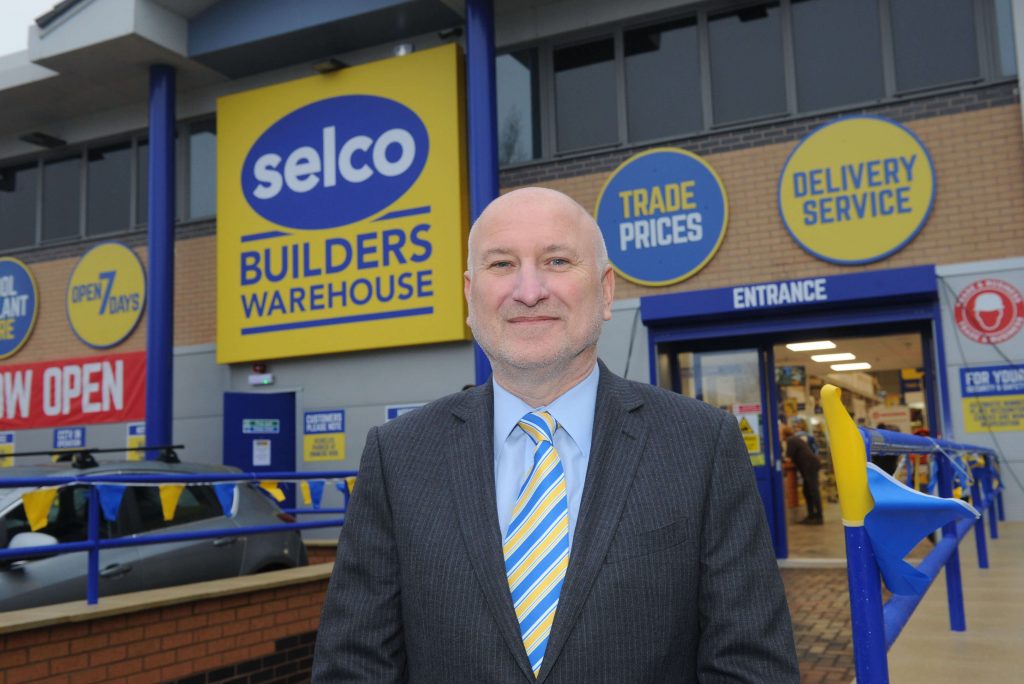 Howard Luft has been named as the new chief executive of the UK’s fastest growing builders merchant, Selco Builders Warehouse.

The 55-year-old has moved from the Travis Perkins Group, where he was managing director of CCF for six years, to take the role.

His previous positions included being managing director of Crown Paints and Buck & Hickman, while he also held a senior management position with ICI.

Howard, who replaces interim chief executive Declan Ronayne who left Selco as planned at Christmas, said: “I’m proud to have enjoyed a long career in the industry and am hugely excited about the challenge of heading up the most progressive and forward thinking builders merchant or warehouse business in the UK.

“Over the last few years, I’ve admired both the business model and development of Selco and I’m honoured to have the chance to help guide the business through the next stage of its development.

“There has been fantastic growth, particularly in terms of branch openings, over the last five or six years and there are plans for that to continue in 2018 and beyond.

“In addition, we are looking to launch a refurbishment programme to modernise the branches we opened 10 to 15 years ago. No stone will be left unturned in our quest to continue the Selco success story.”

Howard took over the Selco reins on the back of the opening of the 59th UK branch in Solihull, and he is determined to build on the ethos which has made the company such a force to be reckoned with in recent years.

“Selco’s success has been built around being extremely customer focussed and the convenience of having a vast supply of stock available to tradespeople in branches,” added Howard.

“That will continue to be at the heart of everything we do and we are also determined to truly embrace the digital era to ensure our offering reflects the transactional habits of our customers.

“With initiatives such as Click and Collect, we want to make sure we are easy to select from and easy to collect from.

“Time is of the essence for everyone in the modern world and we have to make sure we allow tradespeople to collect their materials as quickly and efficiently as possible and then get on to their jobs.”

With hundreds of trade brands always in stock and open seven days a week, Selco is firmly focused on helping tradespeople complete their jobs as quickly and effectively as possible.