An eight-year-old from Warrington has swapped the school classroom for the manager’s chair of a branch of the UK’s fastest growing builders merchant as a surprise treat.

The family of Luke Shaw, a pupil at St Vincent’s Catholic Primary School in Finlay Avenue, posted a video on social media of the youngster detailing his affection for Selco Builders Warehouse.

Unbeknown to Luke and on seeing the video, Selco arranged for him to be picked up in a delivery truck by Warrington branch manager Paul Birtles and transported to the Milner Street branch where he spent the morning carrying out the managerial duties.

Selco also teamed up with Rugby League club Warrington Wolves to secure Luke a signed ball and two tickets to the opening game of next season against Leeds Rhinos on February 1.

Kate Shaw, Luke’s mother, said: “It was a fantastic gesture from Selco and Luke loved it. He hasn’t stopped talking about it since and it has made his whole year, let alone Christmas.

“Luke’s dad is a painter and decorator and, when he goes to the branch on a Saturday, Luke sometimes goes with him.

“He loves everything about Selco and always waves at the trucks and vans when we see them on the road.

“He was given the special treatment when he was there. He got to sit in the manager’s chair, serve a customer, do a tannoy announcement - and even tell off a member of staff and put a full English breakfast on the manager’s tab!

“It was a great experience for him and I can’t thank Selco enough. When we posted the initial video of Luke saying how much he loved Selco, we never imagined anything like this would happen.”

Regular branch manager Paul said: “Luke was an absolute star and it was a real pleasure to give him the surprise.

“You could tell how excited he was to be the branch manager for the morning and he really embraced all of the jobs he did.

“Luke is a definite Selco branch manager in the making.” 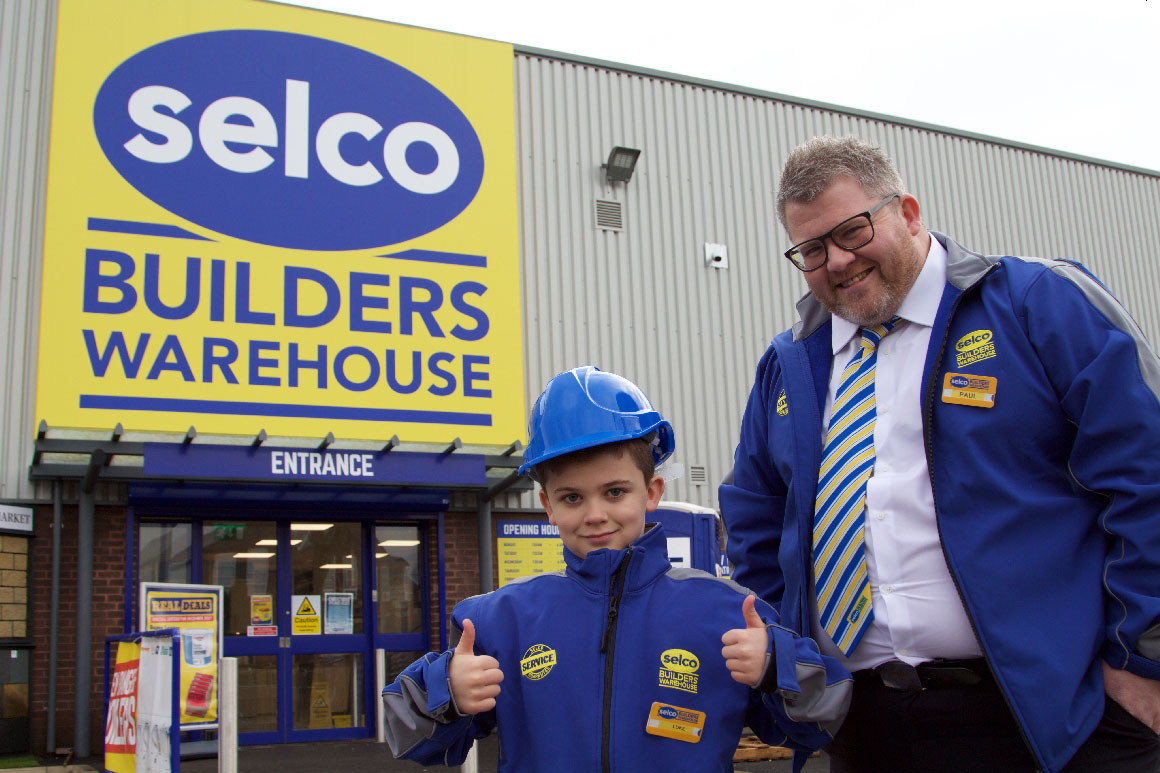