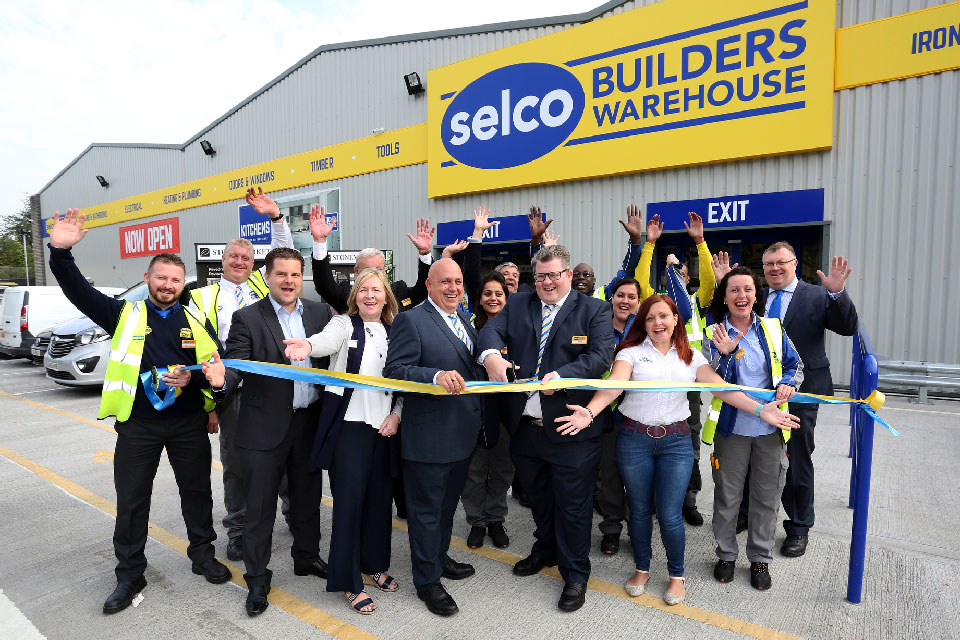 The chief executive of the fastest growing trade only builders merchants has revealed it will have more than 50 branches across the UK by the middle of next year.

Selco Builders Warehouse has taken the wraps off two new sites, in Wolverhampton and Portsmouth, in as many days. The quickfire double opening takes the number of Selco branches in the UK to 44, and chief executive Chris Cunliffe has committed to a further seven opening over the next nine months – with plans advancing rapidly for even greater expansion in the second half of 2017 and beyond.

He said: “Our long-term objective is to take the Selco offering to every major town and city in the UK and opening in Wolverhampton and Portsmouth is a further step along the road to us achieving that.

“The next priority is to open branches in Mitcham, South Croydon and Wembley by the end of this year and then break through the 50 branch barrier. We will achieve that by the midway point of next year – and we won’t stop there.

“We plan to open up the company to more customers in new locations, giving our suppliers more opportunities and creating hundreds of jobs, all while ensuring we meet our core value and key priority of putting the customer first.”

Selco’s ongoing success has seen more services being made available to tradesmen, including Selco Hire, Click and Collect, CAD kitchen design and Selco Direct, a next day courier service.

Chris added: “We have a unique trade offering and being able to supplement our in-branch services with initiatives such as Click and Collect, Selco Direct, kitchen design and Selco Hire all helps enhance the customer experience.

“We meet all the requirements for the White Van Man and their customers but will not rest on our laurels. We will continue to take the Selco offering from strength to strength.”

As well as raising more than £350,000 for Macmillan Cancer Support nationally over the last four years, Selco emphasised its commitment to supporting the communities in which it operates by awarding £1,000 each to six charities in Portsmouth and Wolverhampton.

The Wolverhampton beneficiaries were Compton Hospice, Beacon Centre for the Blind and Let Us Play while the Alicia Pannell Fund, Portsmouth Abuse & Rape Counselling and West Paulsgrove Scouts and Community Association all received the £1,000 donation in Portsmouth.