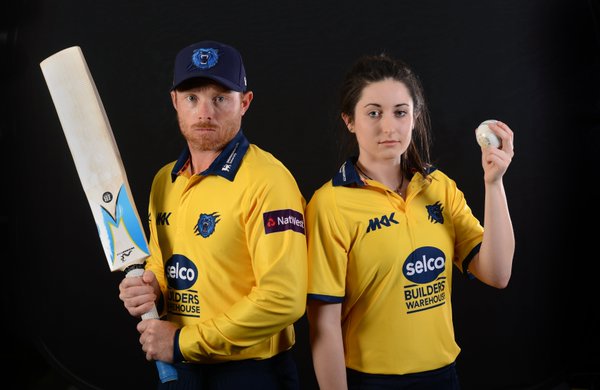 Charity will be the order of the day when Birmingham Bears launch their home NatWest T20 Blast campaign at Edgbaston on Friday night.

The Bears’ eagerly-anticipated local derby at Edgbaston against Worcestershire Rapids has been nominated as its dedicated charity fixture with Macmillan Cancer Support being the beneficiary of funds raised on the night.

Macmillan is the nominated charity of Selco Builders Warehouse, the shirt sponsor of the Birmingham Bears.

A special charity lunch is being held at Edgbaston during the afternoon, while fans attending the match will have the chance to be winners later in the night. Spectators will be invited to enter a competition to guess the number of sixes hit during the entire match at a cost of £3 with the entire proceeds going to Macmillan. All those who have a correct prediction will be entered into a draw with the successful name pulled out winning four tickets to the NatWest T20 Blast Finals Day at Edgbaston on Saturday 20 August.

The ‘Selco Sixes’ team will be positioned in the exhibition hall from gates opening until 7.15pm.

Macmillan volunteers will also be in attendance the ground carrying out bucket collections.

Selco, which recently announced that its partnership with Warwickshire County Cricket Club will continue until 2019, has raised more than £300,000 for Macmillan Cancer Support over the last four years, helping Macmillan carry out its support activities for those affected by cancer.

Selco CEO Chris Cunliffe said: “Cancer touches all of us at some time or other so we are committed to raising funds for Macmillan Cancer Support however we can. We are immensely grateful to Warwickshire for their support in enabling us to host this charity activity and for allowing our volunteers to raise vital funds and we’re sure fans will welcome the chance to win much sought after tickets to finals day.”

You can save £4 on tickets for Birmingham Bears v Worcestershire Rapids by purchasing before midnight on Thursday at £19 for Adults (£23 on match day). Under 16s go completely FREE at all times.

Simply visit www.birminghambears.com or call the Ticket Hotline on 0844 847 1902 to purchase.