Charity bowled over by cricket partnership 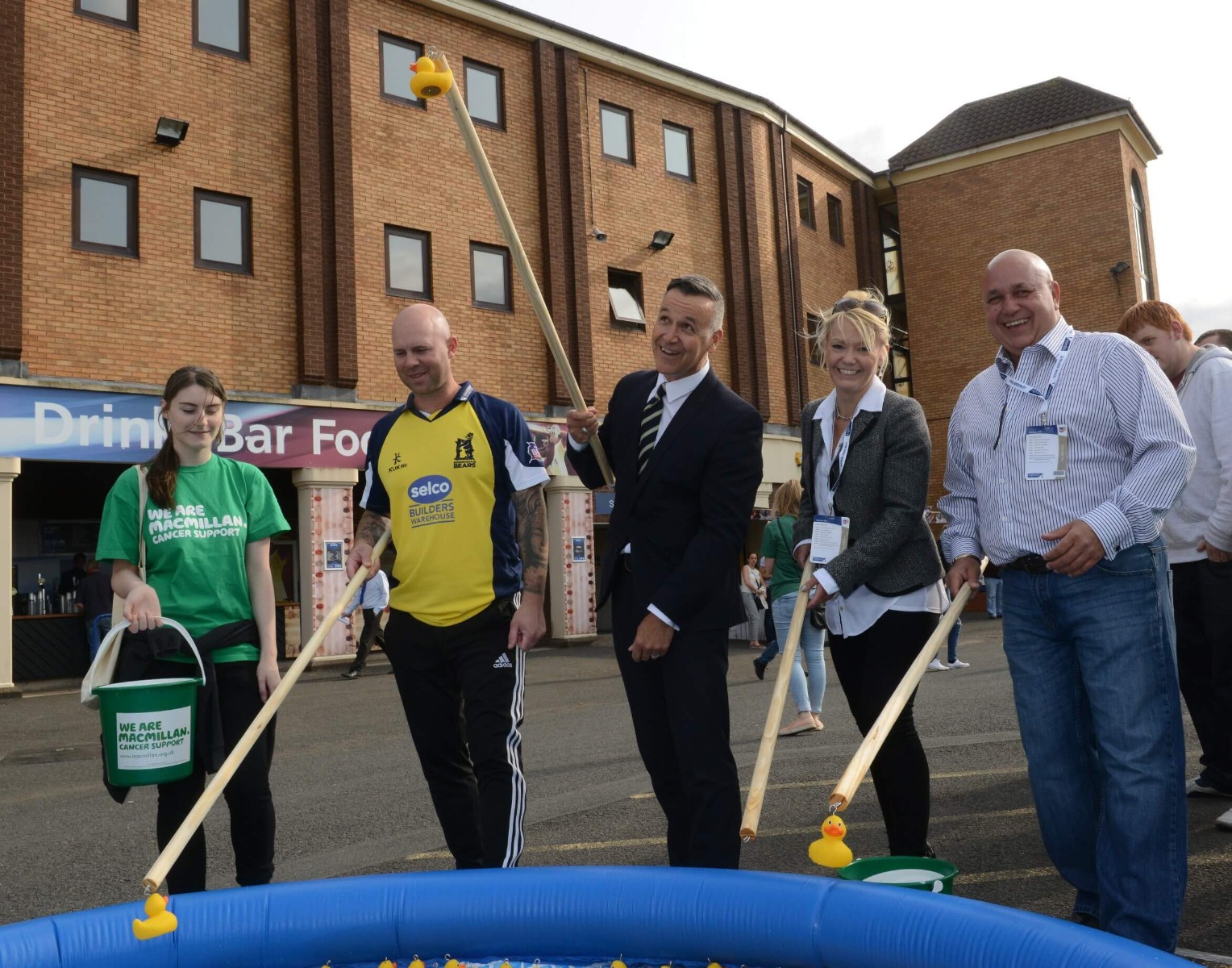 Cricket fans knocked a leading charity for six by digging deep into their pockets to help raise more than £6,500 in one night.

A joint initiative between Birmingham Bears and Selco Builders Warehouse made for a memorable night for Macmillan Cancer Support, with a total of £6,649 raised from a host of initiatives held at Edgbaston on Friday.

During the Bears’ NatWest T20 Blast match against Lancashire Lightning, volunteers collected money from supporters, whilst the Club backed the fundraising initiative by making a donation of £5,000.

Funds were further boosted by the Selco Golden Duck Challenge – a giant hook-a-duck style attraction where participants had the chance to win one of 20 pairs of tickets for the fourth day of the 3rd Investec Ashes match, which will be held at Edgbaston from July 29.

Selco Builders Warehouse is the official shirt sponsor of Birmingham Bears’ NatWest T20 Blast and Warwickshire County Cricket Club’s Royal London One-Day Cup shirt and the charity match is just one of many initiatives throughout the season.

Dougie Brown, Birmingham Bears and Warwickshire CCC Director of Cricket, said: “We had our biggest crowd of the season at Edgbaston on Friday and I’d like to thank each and every one of the generous supporters that contributed to the cause.”

Chris Cunliffe, Selco chief executive said: “We have worked with Macmillan for over three years, raising more than £200,000 through various fundraising activities.” Selco marketing director, Helen Gemmell, added: “Every year we work with our sports partners to hold a charity match and we’re delighted that Birmingham Bears’ fans have been so generous and we’re extremely grateful for their support. “Our hook-a-duck activity was hugely popular and we are delighted to have been able to give cricket fans the opportunity to win tickets for the 3rd Investec Ashes Test Match here at Edgbaston.”

Macmillan’s ‎Regional Corporate Account Manager for Birmingham, Rhys Parker, said: “We are thrilled that Selco and Birmingham Bears were able to host a ‘charity match’ and come up with such an exciting and innovative way to raise money for Macmillan. “The partnership has been hugely successful so far and we would like to thank them for their ongoing support. No one should have to face cancer alone and with support like this, they won’t have to. The money raised at Edgbaston will go a long way to helping us be there for people with cancer and their families.”