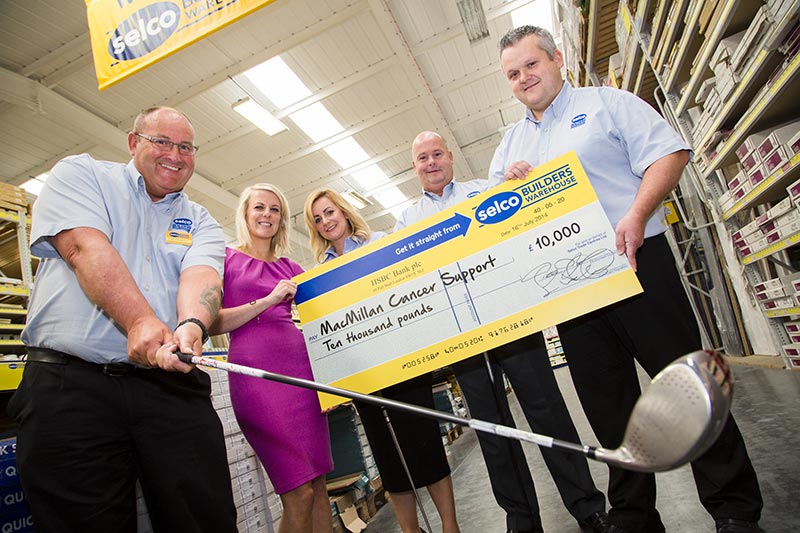 Almost 100 players took part in the charity golf day which was organised by Selco’s Swansea branch and played at the picturesque Gower Golf Club. It was the latest charity event organised and staged by Selco staff in aid of Macmillan Cancer Support. Selco has raised more than £100,000 for Macmillan since 2012 - and has this year pledged to increase that figure by a further £50,000. The golf day organised by Selco Swansea - based on Swansea Enterprise Park in Upper Fforest Way - added another £7,087.21 to the overall total and more than doubled the amount raised from a similar event in 2013. Kelvin Coe, Swansea branch manager, said: “I am chuffed to bits and really proud of the team. “Last year we just dipped our toes in the water to see how it would go, but this year we had more teams involved – 23 in total. “It was windy but dry and everyone had a lot of fun.” Golfers did battle for a host of honours, including a team award, nearest the pin and longest drive. A team from Abbey Joinery scooped the first prize in the Texas Scramble team competition. But the main focus was on fundraising – and the Swansea branch is already preparing for next year’s competition. “Everyone has already put their names down for next year so hopefully it’s something that can just grow and grow and we’ll be able to raise even more money for charity,” added Kelvin. “Macmillan is a terrific charity which does so much good work for people with cancer and their families.” Several other fund-raising events are also planned across all 34 Selco branches in Wales and England during the rest of the year. “The entire Selco team has got behind the charity push for Macmillan Cancer Support and the Swansea golf day was another example of that,” said Selco marketing director Helen Cooper.