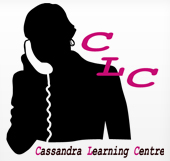 A Croydon charity is preparing to begin a new era by moving in to new premises – with the support of a local business. The Cassandra Learning Centre, a charity which raises awareness a bout domestic violence in young adult relationships, is setting up new offices above Lloyds Bank on London Road in Norbury. It is the first time that the charity, which was formed in 2008, has had its own headquarters. The move has received support from the Croydon branch of Selco Builders Warehouse, based on Mitcham Road, which has donated paint to aid the renovation. “We are grateful to all the local businesses who have offered their support, including paint we have received from Selco,” said chief executive Jennifer McDermott. “There are 18 rooms in the building so there’s a lot of decorating to be done and Selco’s paint donation will be crucial in helping us prepare the building.” Paul Asquith, branch manager of Croydon Selco, added: “We always like to provide support to the community where possible and the Cassandra Learning Centre is an extremely worthwhile cause. “We are delighted they have new headquarters and hope the donation of paint provided by Selco makes for an inviting and welcoming environment for both staff and service users.”